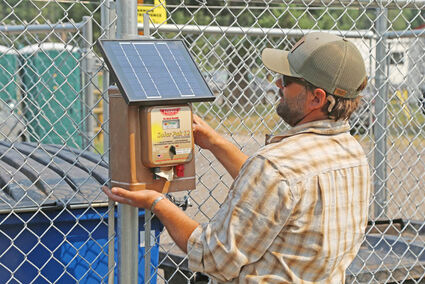 The solar-powered electric fence will have a joule strength of 1.5 and will push around 10,000 volts of electricity throughout its wires. According to Talmo, a structure would need at least 6,000 volts to act as a deterrent to bears.

The electrical aspect is intended to deter bears from climbing over the 16-foot by six-foot squ...