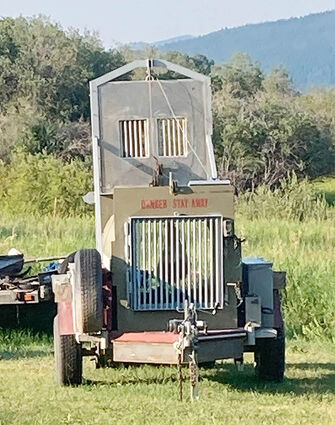 A culvert trap is intended to lure and trap bears that are conditioned to human attractants and getting in trouble. While positioned recently in Seeley Lake for the two problem bears, FWP was unable to catch them.

One is a small, dark black bear that was seen entering two homes in the Double Arrow area twice. Another medium, cinnamon-phase black bear had been seen in the Big Larch, Lake Alva and Lake Inez campgrounds.

Jonkel said FWP set two culvert traps on a Double Arrow property and at Lake Alva campground. Without success, both have been removed. Jonkel said for now the...