Parade kicks off Fourth in Condon 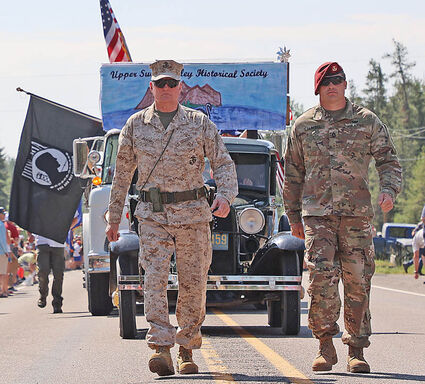 SWAN VALLEY - Highway 83 was lined with parade-goers for this year's annual parade in Condon. The parade was sponsored by the American Legion Post #63 and ran from Liquid Louie's north to the Swan Valley Community Hall. There the festivities continued with huckleberry ice cream, a barbecue and the O-Mok-See. The Swan Valley Community Foundation also put on a fireworks show in the arena at dusk.