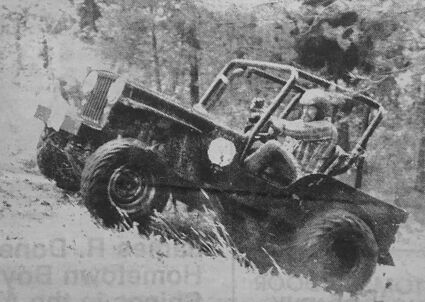 Tourists: Our Lifeblood and Our Curse

When somebody mentions the word "tourist" I always picture this guy standing on the road beside his Winnebago with a camera in hand trying to feed the bears or watching Aunt Zelda coax a chipmunk close enough for a picture.

This past weekend I interviewed some of the "tourists" in Seeley Lake and came away with a different image entirely.

Many of the people I talked to were from Missoula, Great Falls and Helena. They have been weekend and summer recreationists in the Seeley Lake area for years. They see some good things in the area and some bad things.

Bernice Parnelee, Missoula, was impressed with the Fourth of July Parade. "It was terrific for a little town-people really got together," she said.

On the other hand, when Bernice woke up Sunday morning to find a skunk under the picnic table where they were camped, and failed to get any help from Forest Service officials to rescue the animal (it was tangled in fishing line with a hook stuck in its nose), she expressed frustrations about services provided by local governing agencies. (See related article.)

While on the subject, she mentioned dissatisfaction with the closure of Big Larch campground on Wednesday (July 2) due to paving. "They (Forest Service) knew people would start coming in on Wednesday for the Fourth," she said...

Tourists: Our Lifeblood and Our Curse

The Five Valley Four-Wheelers of Missoula organized the 12th annual Mud-O-Rama in Seeley Lake July 4 and 5. The event was held on the west side of Seeley Lake off the "Boy Scout Road" on land leased by the organization from Dick Lewis of Seeley Lake, according to Kathy Whitman, race spokesperson.

"It was the largest event of its kind in Montana," according to Kathy Gordon of Helena.

The rainy weather, which caused postponement of other Fourth of July activities in the community, barely dampened the spirit of Mud-O-Rama contestants and spectators.

The Mud-O-Rama is a non-profit fundraising event. A portion of this year's gate receipt will be donated to the Law Enforcement Camp in Seeley Lake according to Kathy Whitman. The race organization will meet later this week to tally gate receipts and determine other charities to which money will be donated.

I'm sorry Mr. and Mrs. Keller, but according to our records, that collared elk you saw standing on your property the other day has been dead for at least three years.

WelI, even I have too much pride to deliver that kind of response without digging deeper. But, there it was in black and white, at the top of page 244 in the final report of the Chamberlain Creek Elk Studies, dated June 1998: "Elk #1, sex, female, captured on January 21,1993, south of Highway 200, near Clearwater Junction. Age at time of capture was 5.5 years. Fate is D." A search through the footnotes revealed what I expected. "D" stands for dead.

It all had begun innocently enough, with a pleasant email message from John and Pam.

Hi Mike, Tuesday [last week] at 5 a.m., a few elk walked up the driveway on the north side of the house, and into the Forest Service property [about 10 miles north of Seeley Lake]. Later at 6:30 a.m., a group of nine elk and three calves (with spots) were hanging out on the south side of our house. We tend to think it was not the same group, as they would have had to walk back down the drive, and then come back up on the other side of the house! Of the nine, two were spikes.

Of interest, was that one of the cows was wearing a collar. I don't know if we are supposed to report those sightings, but she was wearing an all-white collar that had a black circle with a diagonal line drawn through it. There were three such circles - right, left and on the top of the collar. Her behavior indicated that she was the lead cow. She was larger than the others, as well.

If you have the time, and know anything about this collared cow elk, it would be interesting for us to hear about her. Thanks. 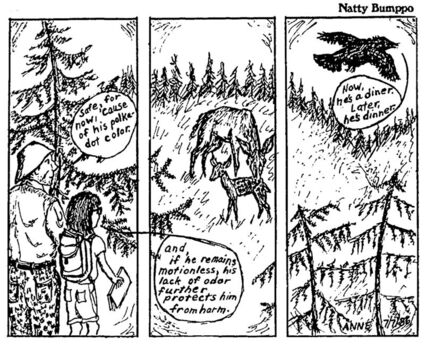 Of course, if John or Pam had my job, they would just type the observational data into some kind of computerized search engine and come up with aII the possible combinations of cow elk that have worn a white collar with black circles and diagonals. This would quickly narrow the field from several hundred possibilities to a handful. Then, we'd use the computer to sort through thousands of radio relocations, survey observations and kill reports to eliminate the ones that were killed by hunters or had never been known to use the area north of Seeley Lake until we were left with the single correct answer.