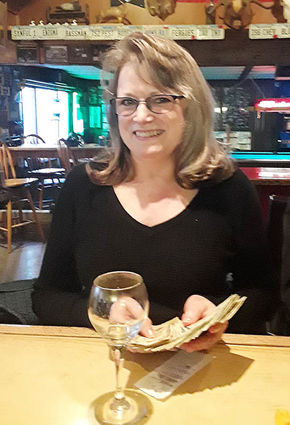 American Legion Post 63 selected Liquid Louie's Owner Valli (Reed) Bigley as this year's Grand Marshal for the town's Fourth of July parade. Bigley's father Bob Reed is a Navy veteran and her former husband Rollie Bigley was in the Marines.

"Val and her partner Lars [Hansen] from Liquid Louie's have been longtime supporters of the American Legion, veterans and her community," Ed Klassen, American Legion Post 63 commander, wrote in an email. "Her father was in the Navy, former husband in the Marines. Lars is a member of the Sons of the Legion. Pride for this nation runs deep in her and her family. I say this on behalf of the entire post for these and so many other reas...