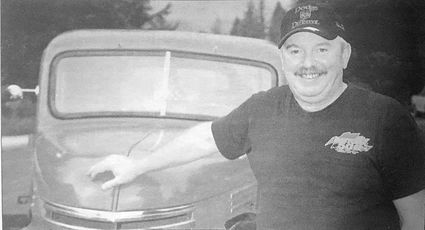 Ron Ogden, retiring law enforcement officer with the Forest Service, is this year's Grand Marshall in the Seeley Lake Fourth of July Parade.

Sixty-five people have been or will shortly be terminated at the Twin Creeks logging camp in the Blackfoot Valley. Thirty-one of those people live in the communities of Potomac, Greenough and Seeley Lake, according to Shirley McDowell, Logging Office Administrator at Twin Creeks.

The cuts were expected since Champion announced last spring that they would discuss severance pay and related matters, and subsequently terminated Missoula logging crews last month.

The severance pay package consisted of one week of pay for every year of service since 1972, when Champion acquired its Montana operations from the Anaconda Mining Company, according to Ernest Corrick, manager of Champion's western timber operations.

Employees who qualify now for retirement "will get it," according to Corrick. The Twin Creeks loggers voted on exactly the same package as the Missoula loggers, Corrick said.

Some of the Twin Creeks loggers have "bumping rights" at the mill in Bonner, according to union regulations, Corrick said. The jobs available would be entry level positions...

The Seeley Lake Fire District was created in 1983, according to Bud Johnson, vice chairman of the board. The local fire department has existed for about 15 years, according to Dan Cainan, who has been active in the department since its creation.

The volunteer firefighters are distinctly separate from the Fire District. Volunteers receive no pay and are provided with 30 hours or more of training each year so they may keep their certification. There are 16 firefighters, of whom nine are currently active members.

The Fire District pays out-of-pocket training costs, maintains the building where the fire trucks and equipment are stored, provides vehicle maintenance on the two fire trucks and pays other firefighting expenses. The five elected trustees on the board are Dick Lewis, chairman, Bud Johnson, vice chairman, Dave Whitesitt, secretary-treasurer, and Leonard Sorenson and Colin Moon, trustees. (In 1984 the county commissioners appointed Jeff Macon, Dick Lewis, Bud Johnson, Bob Aumaugher and Dave Whitesitt for staggered terms, after which the positions are elected.)

Jim Fairbanks, county assessor's office, was not available for specific mill levy figures for the past year.

The District cannot raise the budget request by more than 3% per year without holding a special budget hearing which is open to the public. The board held a special meeting last Thursday night at the fire hall because their request for 1986-87 fiscal year exceeds the 3% increase. Three people, besides the board and members of the volunteer department, attended the meeting.

"The lack of input from the public is a continuing problem," according to Colin Moon, fire chief.

Story by Donna Love, for the Pathfinder

On Saturday, June 24, the community of Seeley Lake wished Ron Ogden a fond farewell at a retirement party held in his honor at the Seeley Lake Community Hall.

Born in Polson in 1946, he attended high school in Florence. As a boy he fell in love with Seeley Lake when he visited his father, Gene, the County Road Crew Foreman for the area.

Ogden graduated from high school in 1964 and started his Forest Service career in Seeley Lake that same summer on June 1. 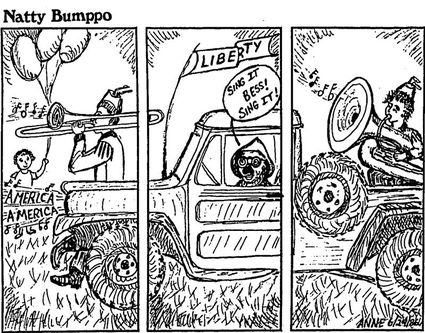 At that time Seeley boasted two mills, Gray's and Pyramid Mountain Lumber company when "it was nothing to see 40 or 50 log trucks parked along the streets of town," Ogden said.

The community has changed in other ways as well. The downtown still had two small grocery stores, the Mercantile, where the Grizzly Claw Trading Company is now located, and Dan's Groceries, which is now Pulici's Propane.

The community's demographics have also changed. "The community had more working-families than it does now," Ogden said.

The Ranger Station was different too. The District Ranger was Tom Coston and up to 100 employees worked for the district...