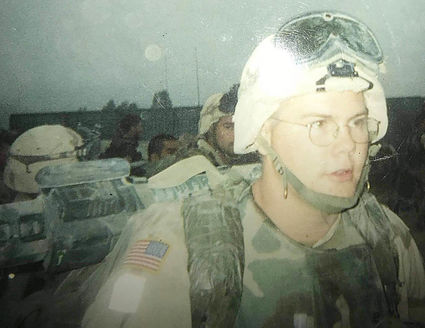 In Khowst, Afghanistan the day before Chadwick and his unit began Operation: Mountain Sweep, the largest mission in Afghanistan to that point.

SEELEY LAKE – Seeley Lake resident Jesse Chadwick was a card-carrying, flag-waving, all-in American when he joined the United States Army in 2000. By the time his military stint was over in 2003, he had combat PTSD and was completely disillusioned with the avowed American values of "liberty" and "justice for all."

Chadwick began with positive feelings about the military. His high school education had taken a side turn to the Montana National Guard Youth Challenge Program (now Montana Youth Challenge Academy). He described it as "a military school to put a kid who wasn't on his path back o...