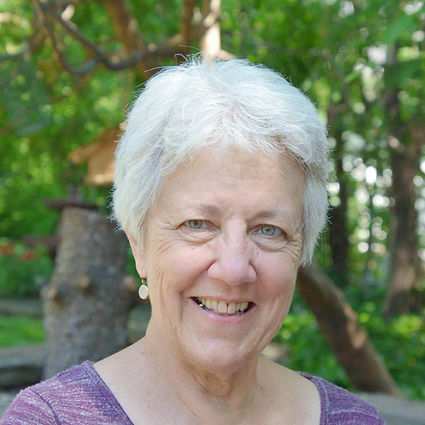 Christine Kaye (Kaul) Wallace went to live with her Savior Jesus on May 6, 2021. Surrounded by loved ones at home, Chris stepped into her new adventure with the same grace, positivity and humor that epitomized her adventure in this world. We had a lot of fun writing about her extraordinary life and hope you enjoy reading this.

Chris was born to Albert and Helen Kaul Feb. 22, 1952 and baptized in Sheridan, Wyoming. Soon after, the family moved to Minot, North Dakota. There she grew up with three younger siblings: Nancy, Mary and brother Allen. She attended St. Mark's Lutheran Church and was confirmed into her Lutheran Faith. She grew in her faith throughout her life and into her death.

Chris had amazing faith, was a talented musician and very active in the church and her community. She started playing the organ early and often, all through high school. She was active in her high school band, choir and orchestra, playing the piano, violin, viola, clarinet and she also sang alto. She received her Bachelor of Science Degree in Music Education from Minot State University.

She met her best friend and love of her life on a vacation trip in the summer of 1971. Steve Wallace ("Wally") was buddies with her cousin Jacki's friend Mark. "Mark and Wally" were constant companions during the summer 1971 while home from the Navy. Chris thought "Wally" was the dog the way Jacki carried on about their adventures and was pleasantly surprised to meet Steve, a tall lanky Methodist from Michigan. Grandpa Kaul wasn't sure about the Navy Guy who didn't drink whiskey, liked his meat cooked well-done and couldn't Polka.

Chris took Steve to meet her family around Easter and he remembers they had more church in four days than he'd been to in his lifetime. The two were married in June of 1974 at Messiah Lutheran Church in Missoula, Montana. Steve's work had him traveling all over the state doing forestry and Chris was very happy to tag along.

They moved several times in those first years and finally settled in the Greenough area of western Montana. She didn't like being cold, being outside in the dark, getting up early, walking up hills or sudden loud noises so hunting with Steve was not a hobby she pursued. But she always stayed busy and positive and participated in plenty of other adventures!

They began raising a family at the Clearwater Unit, Montana State Forest, and were only going to be there a "few years", which turned into two decades. It was a little remote for a "city girl" but she loved the woodstove and made her mark on the small-town schools their three children attended. She was on the Sunset School Board and taught music to the local kids at Sunset, Ovando and Seeley. She relished the weekly trips to Missoula: Sunday's for church where she played the organ and lead the choir and Thursday nights for the Missoula Symphony where she played viola. Chris also traveled to orchestras in Great Falls, Kalispell, Helena and Butte to play with those orchestras.

One of the best examples of Chris's dedication to her children is when she taught them to swim across the Blackfoot River. Cold water was not her favorite but she wanted to teach them the safe way to swim in moving water. She didn't care for snakes but never winced when one or more would show up in the house. She never restricted her kids from exploring or playing between Highway 200 and the Blackfoot other than asking where they were going and to be home for dinner. She was a pillar in the small community and touched many lives.

She loved watching summer thunderstorms and even worked as a dispatcher at the unit for wildland firefighting. In 1994 the family moved to Missoula where she was in her element, teaching hundreds of Missoula youth as a middle school orchestra teacher. She retired from teaching music in 2008. Her passion for music didn't end and she would stay involved in music, subbing, accompanying, playing clarinet in the city band, organ for Church and viola in the Missoula Symphony. She would spend a total of 47 years with the Missoula Symphony.

Chris was a lifelong servant of her Lord Jesus. She joined Walther League as a high school kid and then the Lutheran Women's Missionary League (LWML). Chris was as active as anyone could imagine, using her musical and leadership talents to serve her Savior and others. She held multiple servant leadership positions at the local, state and national level. Her talents really shone at the organ and as a humorous interrupter.

She and Steve spent years traveling and adventuring, through the growth of their three kids and soon enough were busy with two granddaughters.

Chris was diagnosed with Stage 3B Ovarian cancer in February of 2016. This aggressive cancer was a constant presence the rest of her life. She went through many surgeries, chemo, radiation and countless hours of doctor visits, consultations and even a clinical trial. She took each challenge in stride with grace relying on her friends, family and faith to battle the cancer and she never gave up. She made the most of the five-plus years she lived with this horrible disease. As the cancer eventually progressed Chris and Steve continued to adventure, even going on her first snowmobile ride a few weeks before she died.

Chris was a blessing to all she met. She could stand in line or hop on a bus and within an hour had everyone laughing and talking, she would bring people together in amazing ways. She was tough and no-nonsense and her love for her family and friends was evident in everything she did. She had her share of struggles and always learned from them and would then use her learnings to teach and bless others. She was a staunch supporter of the arts, especially music education.

Chris was preceded in death by her dad Albert Kaul and step-dad Elmer Huber.

In lieu of flowers, she asked people donate to the Messiah Lutheran Women's Missionary League or a charity of your choice. Special thanks to the Community Cancer Center, Big Sky Physical Therapy, Partners in Home Health Care (Hospice) and Natura Wellness Center. She lived and loved well and asked we do the same. Soli Deo Gloria, for Glory to God alone.