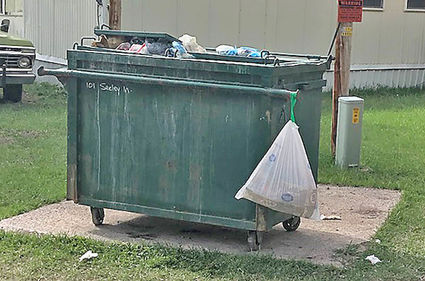 An improperly secured dumpster gives bears and other animals access to human-made attractants that can lead to an increase in human-wildlife conflicts.

SEELEY LAKE - As bear and human interactions become more frequent in the warmer months, the annual cycle of bears becoming acclimated to human attractants will come into full effect. Continued conflicts with humans can eventually result in the removal of a bear. Montana Fish, Wildlife and Parks (FWP) Bear Specialist Jamie Jonkel said he has begun seeing a lot of trash inadequately disposed of in the area which will continue to perpetuate the situation.

"When I was driving around town, I mean there are just tons of garbage cans sitting out and a lot of garbage in the backs of trucks, bags of...