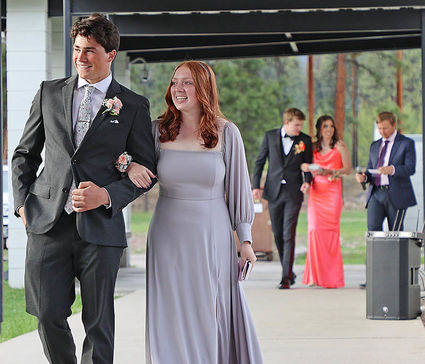 SEELEY LAKE – Students took the red carpet Friday, May 7 for their 2021 Prom themed "A Spring Ball." Seeley-Swan High School Principal Kellen Palmer was the announcer for the Grand March. This year's Eric Lorentz and Klaire Kovatch were crowned prom king and queen. Walker McDonald and Sally Aldeen were this year's prom prince and princess.

Grand March was held on the walkway outside and only two spectators were allowed per student to follow Missoula County protocol for COVID-19. Students and parents alike were excited for the event since it was canceled last year.