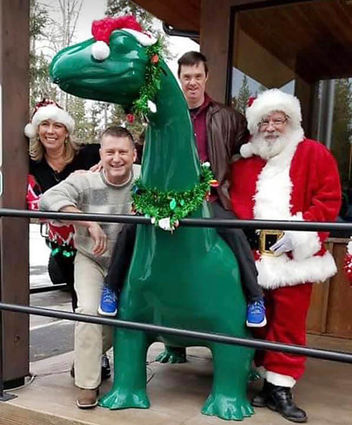 Condi, the beloved dinosaur in front of the Mission Mountains Merc., always had a smile to greet customers and was routinely dressed up for the season.

SWAN VALLEY - Two unknown suspects were caught on camera stealing Condi, the green dinosaur statue located outside of Mission Mountains Mercantile between 1:40 and 1:50 a.m. Monday, April 25. They cut the cable that secured the statue, loaded it into a box truck and headed north.

Missoula County Sheriff's Deputy Ryan Dunster said the two suspects were wearing white hoodies and pants with masks and black gloves. They were seen coming in from the south on Highway 83 but driving northbound in a white cabover box truck. Dunster does not believe this is connected to other incidents. The incident...