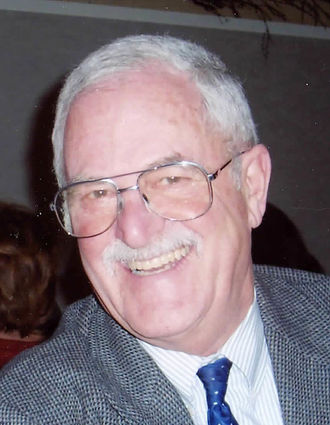 He was born on Feb. 4, 1937 in Chicago, Illinois to Lawrence and Sue Lehman. Tom was raised in Colorado and chose Montana as his best last place. He graduated from Colorado A & M in 1960 then managed the family ranch in Ennis until it sold in 1967. He then moved to Bozeman where he was involved in many successful businesses and was well known for helping Gary Tschache invent the Montana Turd Bird. Tom also wrote a great joke book with his son Randy.

Tom married Judy Comstock in 1996. They moved to their retirement home in Seeley Lake in 1998 and later to Missoula in 2006. He and Judy enjoyed 27 years of traveling the world, golfing, visiting family and friends and chasing grandkids around. They loved to snowmobile, four-wheel and spend time at the cabin. Tom loved his cigars, Crown Royal, his country, patriotic flag ceremonies around the campfire, old country music and a good cribbage game.

He joined Lions Club in 1961 and was active until he passed. He served as President of the Ennis and Bozeman Gallatin Empire Lions Clubs. He was 100% District Governor for Eastern Montana on two occasions and served a two-year term as International Director of Lions Clubs International. He was most proud of having sponsored over 30 members into Lionism, his 100% perfect attendance record for much of his Lionistic career and acting as auctioneer for countless Lions fundraisers. No one could fundraise or sell a raffle ticket better than Tom!

A Celebration of Life will be held Friday, June 11, 2021 at 3 p.m. at Garden City Funeral Home in Missoula.

In lieu of flowers, please consider sending a memorial to Gallatin Empire Lions Foundation or Montana Lions Site and Hearing Foundation. The service will be live streamed on gardencityfh.com for anyone who will not be able to attend.