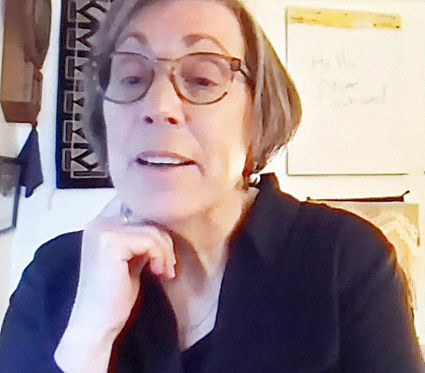 Fellow writer Richard Fifield introduced Florio to the attendees, calling himself a huge fan of hers not only in her role of novelist but also as a journalist. Florio's 40-year journalism career included work at both large and small newspapers and took her to more than a dozen foreign count...