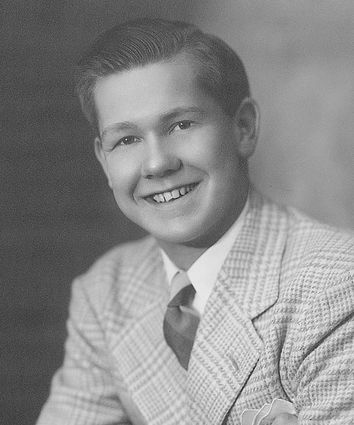 SEELEY LAKE - On Sept. 30, 1927 "Happy" Jack Davis graced Planet Earth with his uplifting and indomitably cheerful presence. To the sorrow of those who were fortunate enough to have known him, and especially those who loved him, he passed away unexpectedly, but quickly and painlessly during the morning of Jan. 20, 2021 at the age of 93.

Jack was born in Butte, Montana to Wilfred and Nola Davis. He was the youngest of five children.

When he was 13, he met the love of his life, Patricia "Pat" Horrom while skiing at the Beef Trail ski hill. Following a courtship over the course of the next 10 years or so, Jack and Pat married and enjoyed a long and happy marriage until Pat's death in 1996. Jack and Pat raised four sons Patrick, Michael, Timothy and Terry.

When Jack was about 14 and working as a car hop at the local RW root beer stand in Butte, he was given the nickname "Happy Jack" by a customer. The nickname stuck and followed him throughout his life. Not long before his death, Jack explained that as a youngster the idea had come to him that he could choose to respond to unpleasant events in his life with unhappiness or with happiness and following logically from that epiphany he chose happiness as his default way of being in the world.

At the age of 18, Jack reported for duty in the Navy V-5 flight officer program and completed his first year of college at Cal Tech and Cal Berkeley while in that program. WWII ended during that year and so Jack was moved to inactive status in the V-5 program.

He then returned to Montana where he continued his education in the field of Mechanical Engineering at Montana State College (MSC). Jack was discharged from the Navy in late 1947 or early 1948 because of the reduction in force following the end of the war. While at MSC, Jack skied and jumped with the MSC ski team and won many races and ski jumping competitions and took home many trophies.

Following his college graduation, Jack returned to Butte and went to work for the Montana Power Company. During this time, Jack became acquainted with a high school kid named Robert "Bobby" Knievel who was interested in learning to ski jump but did not have any way to get to the ski hill. Jack and his good buddy, Jack Emery, gave Bobby rides to the hill and taught him what they knew about jumping.

Jack and Pat's plans to marry during 1950 were disrupted by a "Greeting" which Jack received from the government instructing him to appear at the Draft Office for induction into the Army for service during the Korean War. Jack quickly enlisted in the Air Force and Jack and Pat then married in 1952 while Jack was still in the Air Force.

Jack was discharged from the Air Force in 1953 and returned to working for the Montana Power Company for a short time before going to work for the Anaconda Copper Mining Company at the Columbia Falls Aluminum Refinery, his first of several positions over the years with the Anaconda Company and ARCO. For much of his working life Jack and the family lived in the community of Smelter Hill across the Missouri River from Great Falls and across the tracks from Black Eagle.

During those years, Jack built a rope tow on the hill in front of the family home so that his boys and other neighborhood children could enjoy skiing pretty much just "out the front door."

Sometime around 1960, Jack made what some of his friends thought at the time was a foolish purchase of a lakefront cabin property on Seeley Lake where he, Pat and the boys spent many happy days and summers. Jack named the property HlazyB which stood for Home for Lazy Boys.

Also, in 1960, Jack was qualified as a Moon Planet Engineer by the Celestial Society of Loonar Astrofizical Engineers. Around that same time Jack purchased a pair of the newfangled metal Head Standard snow skies and when asked what he wanted engraved on the address line under his name on the skies, he chose the single word "Earthling."

Jack was a natural leader and willingly served his community volunteering time as Chairman of the Commerce and Industry Division for the Great Falls Red Cross Fund Campaign during 1967, as a member of the Board of Directors of the Chamber of Commerce during the 1970s, as Chairman of the Chamber of Commerce Energy Committee during 1979-1980, and he was also an active member of the Great Falls Ski Bums and the First United Methodist Church.

Following the shutdown of operations of the Anaconda/ARCO smelter in Great Falls in 1980, Jack found overseas positions with ARCO for a few years, first in Ireland and then in Jamaica before returning to Montana to finish out his working years and retiring in 1989. While in Jamaica, Jack and Pat enjoyed renting sailboats and sailing in the Caribbean.

At his 60th birthday party Jack proposed to a group of friends that they pursue a project of building a golf course at Seeley Lake and, long story short, the result of that effort is now called the Double Arrow Golf Course.

In 2010 or thereabouts, Jack was inducted into the Butte High School Skiing Hall of Fame. 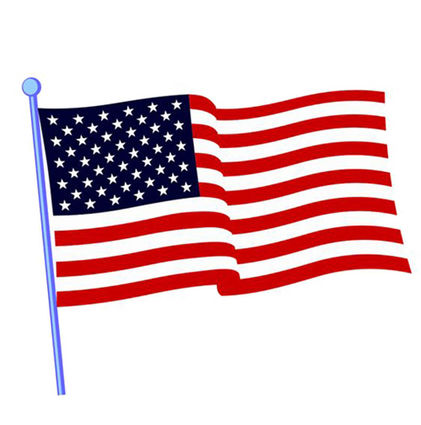 Jack was preceded in death by his parents, siblings, his wife Pat and by his third son Timothy. He is survived by his sons Pat, Mike and Terry, 13 grandchildren and five great-grandchildren.

Happy Jack will live on in the memories of the many people who loved him and whose lives were enriched by his "Happy" presence.

A small family service will be held at the First United Methodist Church in Great Falls on Saturday, Feb. 6 at 11 a.m. The service can be viewed via live stream on the church's Facebook page by navigating in your device's web browser to the following address: http://www.facebook.com/1stumcgreatfalls.