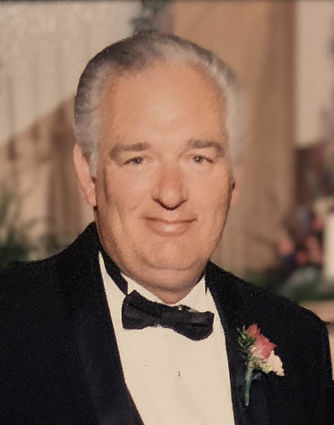 SEELEY LAKE - John "Jack" Clair Venters, 76, passed from this life to eternity on Christmas Day 2020 at St. Patrick's Hospital in Missoula due to complications related to COVID-19. Born in Seattle, Washington on Sept. 9, 1944, Jack was the eldest of seven children born to Marguerite and Jim Venters.

Jack grew up in Washington state. After high school, he enlisted in the Navy but was discharged shortly thereafter due to asthma. He returned to Washington and began attending barber school. While riding the bus to training in November, 1964, he met the love of his life Gloria Jean Potocki. They married in February 1966.

Jack earned the status of journeyman electrician and eventually retired from this career after working 32 years at the Hanford nuclear facility near Richland, Washington. Upon retirement, he and Gloria moved to Seeley Lake, Montana. He resided there for 14 years, enjoying what the area had to offer: great people and the great outdoors.

Jack believed in working hard and playing hard. Over the years, he enjoyed motorcycles, boats and his ATV "The Kodiak Jack." He was an avid outdoorsman. For most of his life he was a hunter. He often fondly recalled memories of duck and goose hunting and reloading with his dad and he continued the tradition with his own sons and his favorite hunting dog Tundra. Although he appreciated all calibers of rifles, he was a big fan of the 30.06.

Jack stopped hunting in his last decade, but he always looked forward to time at the gun range with his family where he maintained his status as a crack shot. Jack also loved fishing. He took his family on many excursions throughout the northwest and, more recently, enjoyed catching trout with his grandsons in Seeley Lake.

Jack loved watching his kids and grandkids compete in sporting events. Although he had excelled in other sports as a young man, he quickly adapted to cheering for his family at football, basketball and bowling matches. Jack was also a prolific reader who loved gun magazines and western books. Animals were drawn to Jack and he had a soft spot in his heart for them-from the many cats and dogs they adopted over the years to the deer that frequented their yard daily.

Jack slowed down considerably in his last few years. As a result, he spent less time swapping stories at the Chicken Coop and more time at home with Gloria and their dog Bella Star. He continued to enjoy going for walks by the lake, watching their favorite shows and visiting with his loved ones by phone or in person whenever possible.

Jack was preceded in death by his daughter Danette, his parents and his sister Lou Ellen (Anderson).

The family is planning a private memorial to be held when it is deemed safe to travel and gather again.