Blackhawks take precautions as they head onto the court 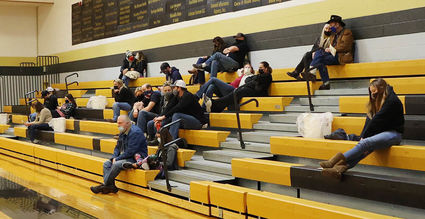 Fans at the opening basketball game Jan. 2 were spaced out and masked. Only two tickets per dressed athlete are allowed to attend games in person.

SEELEY LAKE - Seeley-Swan High School's basketball teams played their first games this past weekend. To prevent players and fans from contracting coronavirus, organizers had to make certain adaptations during games.

SSHS Athletic Director Shawn Holmes said the biggest change they had to make was having the boys and girls teams play in separate locations. They would still be able to play on the same night but the varsity and junior varsity teams for one gender would play a home game while the other two teams would play away.

The maximum number of spectators allowed at away games varies, but...