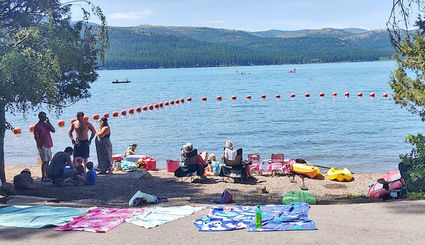 Families go for a swim at Placid Lake Beach over the summer. In 2020, Montana State Parks saw an increase of almost 25% over its third quarter according to a FWP visitation update. Placid Lake State Park's number of visitors increased by 36% and it had the highest visitation for Region 2.

In 2020, Montana State Parks saw an increase of almost 25% in the number of visitors compared to the same time period last year. Parks experienced around 3,000,000 visitors between January and September.

Around 80% of Montana State Parks saw increased visitation throughout the year with eight parks exceeding 100,000 visitors.

"These visitation increases represent the busiest summer on record for the State Park system," FWP Director Martha Williams said in a press release. "FWP staff, volunteers, and AmeriCorps members went above and beyond to keep these sites open, and to safely host visito...