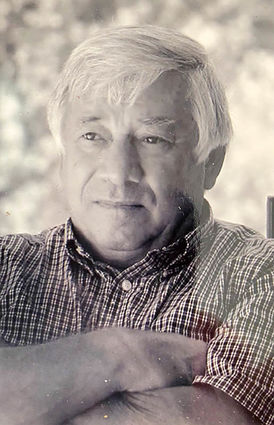 SWAN VALLEY - 'Mike' Alden Holmes, 76, of Swan Valley, passed away Dec. 1 in his home at the Gordon Ranch surrounded by his loved ones.

Mike was born in Missoula on Jan. 17, 1944 to Henry and Florence Holmes. Mike grew up in Polson. While in high school Mike was a standout athlete in basketball, football and track. He spent his summers in the Swan Valley. Mike married his high school sweetheart Susan Paul in 1964.

Mike received his Associate Degree in Forestry from the University of Montana. He went on to become a Forester where he worked in Lincoln, Helena and Salmon, Idaho. His family later moved to the Swan Valley to manage the Gordon Ranch where they ranched and logged for the next 40 years. Tapping into his ability to welcome anyone he met with food, drink and hospitality, he and his wife Sue bought the Hungry Bear Steak House in 1997 which they owned for 23 years.

Mike's passions and hobbies live on through his children and grandchildren, sharing his love for adventure, horseback riding, hunting, fishing, crabbing on the coast and always planning the next great family meal.

Service pending. In lieu of flowers and to honor Mike's giving nature, please make a donation to a charity of your choice.