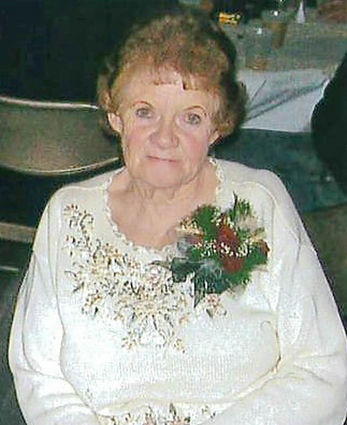 CONRAD - Lucille Mary "Cec" (Brophy) Peterman was born Dec. 5, 1939 in Conrad, Montana to William and Beatrice Brophy of Valier, Montana. She passed peacefully in her sleep on Nov. 25 at the Pondera Medical Center Extended Care after a long battle with dementia. She was 80 years old.

Cec was the seventh of 10 children. She was raised in Valier and graduated from Valier High School in 1957. That same summer she met Donald "Bronc" Peterman. They married on July 1, 1958 in Granite Falls, Minnesota. They were blessed with three children Paul, Dale and Linda.

Cec was a homemaker all her married life. She enjoyed being a substitute at the school lunchroom program. Her children, yard and garden were her pride and joy. She loved flowers and hummingbirds. Together they enjoyed camping, fishing and family time around the campfire. She especially loved spending time at their cabin in the Swan Valley exploring the valley on four-wheeler rides and enjoying the local lakes.

She always looked forward to spending Christmas with her family sipping on firecrackers. Cec spent many cold winter afternoons putting together jigsaw puzzles and working on word find puzzles. She was a fan of the NFL, especially the Seattle Seahawks.

She is preceded in death by her parents; daughter, Linda; a brother and two sisters.

Memorials can be made to the Conrad Splash Park.

Services were held Monday, Nov. 30 at Asper Funeral Home. Condolences can be made to Cec's memorial page at www.asperfh.com.