Turkey - To eat or to pardon? 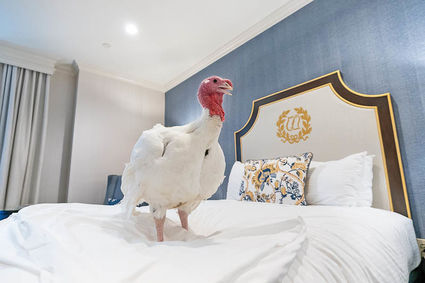 One of the turkeys, Butter or Bread, tests out the bed at the Willard InterContinental Hotel in Washington D.C. after being pardoned in 2019.

Originally, presidential gifted turkeys were intended, and accepted, as the showpiece main dish for a holiday meal. That is, until young Tad Lincoln made a pet out of the one intended for Christmas dinner. Tad named his pet Jac...