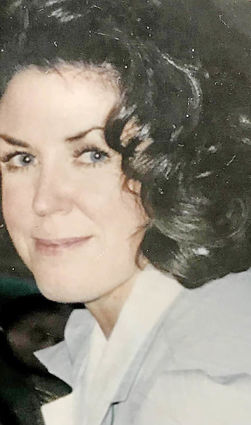 Renae was born in Missoula, Montana on Jan. 6, 1952 to Robert K. "Tuffy" and Leita Anderson. She was the first of three children, followed by her brother Bob and sister Melody. She was raised in Condon, attended Salmon Prairie Grade School and graduated from Seeley-Swan High School in 1971.

After graduation, Renae married the love of her life Bill Anderson (also from Condon) in San Bernardino, California. Shortly thereafter, they had the first of two children, Kvande Paul Anderson and a daughter Tara Lyn Ora Anderson.

After Bill completed his enlistment in the Air Force, they moved back home to Condon and shared 49 years plus experiencing every event, adventure and challenge together (even the numerous fishing excursions with Donna and Dennis Torres). Bill and Renae were always side-by-side, even at the time of Renae's passing.

Renae devoted every minute of life to her six grandchildren. She felt so grateful to have her two oldest granddaughters close in age, had her second set of granddaughters only two months apart in age and to make her world perfect...was blessed to have her two grandsons only one year apart. Her grandchildren will continue to honor and share her quick-witted personality, unconditional love, brutal honesty and her never-ending charisma.

She worked tirelessly to ensure her house was spotless and inviting for all. Her birds lived in complete luxury thanks to her (and Bill) spending endless hours feeding, watering, purchasing and repurchasing extravagant bird houses and feeders after continuously replacing each house and feeder after multiple bears tore them to pieces. Renae loved tending her beautiful bird haven flower gardens, making sure not one darn weed entered them and created spectacular fairy gardens (did we mention she loved birds)?

Renae also carried on a long lost traditional Norwegian style of knitting taught by her Norwegian Grandma Ingaborg. She created the most beautiful winter hats, scarves, blankets and socks that she gifted to family/friends. She completed beautiful crocheted blankets to donate, raising money for the community, as well as the fire department. Renae worked hard as a business proprietor for 20-plus years in the Swan Valley and beyond. The "Valley Girls" cleaning service was responsible for cleaning up homes, business, perhaps even marriages!

People often say, "God broke the mold when he made Renae Lynn Anderson!" Renae was the life of the party, often alongside her brother Bob and sister Melody. Renae could make a stranger's day by telling a good joke or listening to one (except for NEVER getting The Bald Headed Chicken joke)! She was never shy to give a big hug, a kiss or even a "GEEKO-eaglemine, eaglemine, JEEKO-epsindue, epsindue"...to those she loved!

Despite Renae's long-time house rule, "no dogs in the house" she finally surrendered to Bill and welcomed the one and only joint love, "Willy Wonka", their perfect Chihuahua. 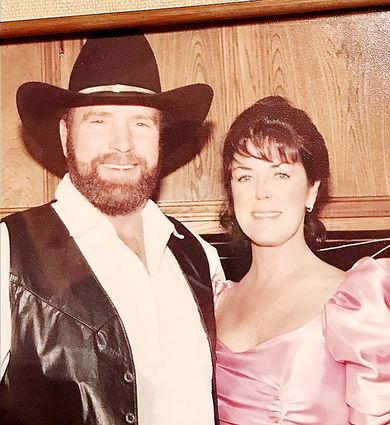 Renae with her husband Bill Anderson

Renae was preceded in death by her father, brother and many childhood friends. Cremation has taken place, there will be a celebration of Renae's Revolution scheduled next June at Holland Lake. Details will be available when the date is set.

Renae's family requests that everyone open a warm beer or vodka drink (no ice) to honor the one and only "Raquel Presley!" We also wish to remind all family/friends to please sing loud and proud to all Elvis Presley songs...especially Mom's most favorite of all times, "If I Can Dream."

You will be in our hearts, our jokes, our stories and our memories forever, so until we meet again...