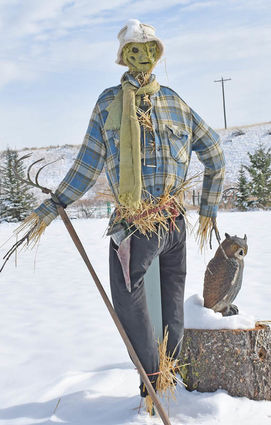 Nancy Shannon's "Thin Green Man" standing at the house just above the Ovando/Helmville Road to the south.

There were four scarecrow entries in the first annual contest of the 21st century. Sheppard collected more than 100 votes via email, Facebook and at the Ovando Post Office.

"Thank you to all that participated in the Ovando Scarecrow Contest [through your] entries,...