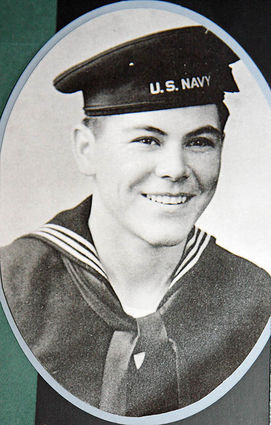 SEELEY LAKE – Seaman Leon (Bud) Anderson was off duty and on liberty in San Francisco when World War II ended.

"I was on Market Street when the news broke," he said. "Everybody was talking about it and Market Street in San Francisco was wild!"

Born on a ranch near Havre in 1926, Anderson later moved with his family to Seeley Lake. When his eighteenth birthday approached, he knew he would be drafted. He chose to enlist in the Navy instead. Boot Camp was in Farragut, Idaho, at the south end of Lake Pend Oreille. He signed up for Naval Air, but it was already filled up.