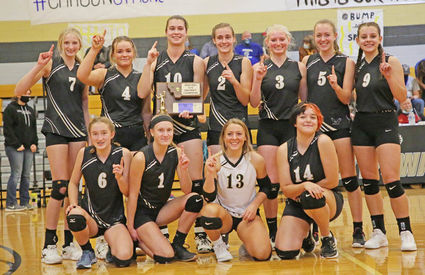 SEELEY LAKE – The Seeley-Swan Lady Blackhawks were the top seed going into the District 13C Tournament but the championship was far from a sure bet. Both Granite and Drummond handed the Lady Blackhawks losses during the regular season.

The Lady Blackhawks dominated the first game against the Granite Prospectors, 25-12 Thursday, Oct. 29 at home.

The second game started out in similar fashion with the Lady Blackhawks taking a 12-5 lead but that would soon be erased. The Prospectors dug in, outscoring the Lady Blackhawks 8 to 2 to close the gap and eventually tied it up at 17-17. The teams b...