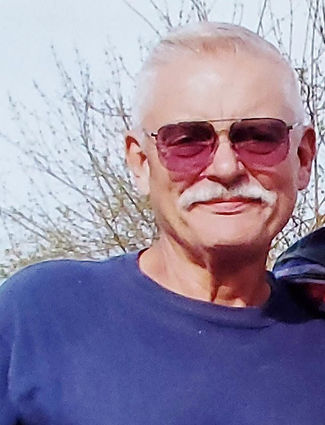 SEELEY LAKE – Jay Haveman was born in Billings, Montana on Aug. 10, 1939. The son of Louis and Martha Haveman, Jay was raised on the family ranch and went to grade school at the rancher school and high school at Hysham High School.

At the age of 15, Jay went to work during the summer at the Long Horn "A" Ranch at Big Timer, Montana. Jay returned to Hysham to finished school. He rented a small house in Hysham and worked different jobs around town.

Immediately after high school, Jay had a job in Alaska but went into the Army instead. He was sent to Fort Ord, California, then to Fort Lewis, Washington for basic training.

Jay was then sent to Fort Belvoir, Virginia for engineering school. He was sent to Kaiserslautern Germany as a construction surveyor. He spent a year and a half in Germany and a year in France. He traveled extensively in western Europe, the Scandinavian countries and the British Isles. Jay returned to the States in March of 1960 and was honorably discharged at Fort Sheridan, Illinois.

Jay returned to Montana and went to work for the Bureau of Reclamation as a surveyor when the Clark Canyon Dam was started at Dillon, Montana.

Jay then went to work for the Wytana Cattle Company at Manhattan, Montana, the lovely Shorthorn Ranch Wilsall, Montana, was foreman for the Fairview Angus Ranch at Melville, Montana, and was the ranch manager for the Morris Angus Ranch Divide, Montana.

Jay finally settled in Seeley Lake where he raised his three children Jim, Justin and June. He loved the outdoors. He was an avid gun collector and loved to fish, hunt, snowmobile and cut firewood and more firewood and more firewood! He loved going to auctions with his wife Marlene who in his words he described as the most "giving, loving and caring person that God ever put on this earth." With his marriage to Marlene they brought together their two families and created one family.

You could ask anyone who knew Jay and they would say he was honorable, respectful, true to his word and had integrity. He was big in stature but had an even bigger heart. He gave the best hugs. He loved all of his kids, his 16 grandkids and his 22 great grandkids.

Jay will be greatly missed by all who knew him but most of all by his family and close friends. May he rest in peace.

"Do not weep for me for I have not gone. I am the wind that shakes the mighty oak. I am the gentle rain that falls upon your face. I am the spring flower that pushes through the dark earth. I am the chuckling laughter of the mountain stream.

Do not weep for me for I have not gone. I am the memory that dwells in the heart of those that knew me. I am the shadow that dances on the edge of your vision.

I am the wild goose that flies south at autumn's call and I shall return at summer rising. I am that deer on the wild hills way. I am just around the corner.

Therefore, the wise weep not. But rejoice at the transformation of my being."

Due to COVID, a memorial service will be held in the spring, hopefully indoors. However, if not, it will be postponed until the service can be held outdoors.

Jay will be missed. He was the type of person that if he seen you he would make a point to say hi and shout the breeze for awhile. When I seen jay and Marlene out I would ask him to introduce me to his daughter, That would get a laugh out of him and make Marlene a little red. With that said he will be very much missed. Rest in peace Jay!!!!