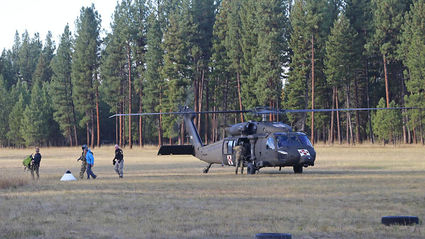 SWAN VALLEY- A 56-year-old man and his 31-year-old hiking partner were rescued from  Holland Peak Monday, Oct. 5 after one of the men experienced a life-threatening medical condition. The men were airlifted from Holland Peak by the Army National Guard Medevac Team and the patient was transported to Kalispell Regional Medical Center via ambulance.