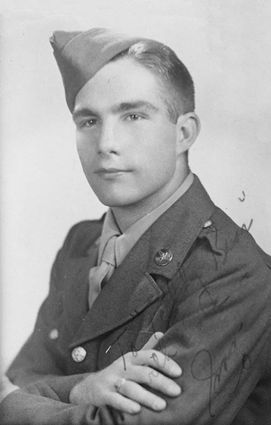 Ivan Odom. After returning home December 1945, he got his engineering degree and stayed in the Air Force Reserves until his retirement as a Lieutenant Colonel. Odom died in 2008.

Odom served in the Air Force as a cargo pilot and flew C-47s during the Pacific Theater in WWII. He joined the Air Force in February, 1943 and received orders to return home in December of 1945.

During his time in the Air Force Odom wrote many letters to his parents including one mentioning a flight over Hiroshima a couple months after the dropping of the bomb. His mother saved al...