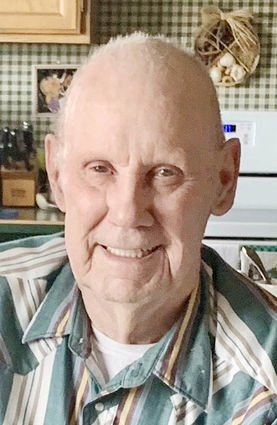 Although his family moved a lot while he was growing up, he always considered Montana his home. After completing high school in Lincoln, Montana he joined the U.S. Air Force. He retired after 21 ½ years and returned to Montana. While stationed at Fairchild AFB, Spokane, Washington, he met his wife, Marie Fujimoto from Cut Bank, Montana whom he married in 1955.

He enjoyed the outdoors including hunting, fishing, horses and camping in the wilderness. He was well-known for his story telling. After retirement, he held various jobs including owning a feed store in Helena and owning the Kozy Korner bar/restaurant in Seeley Lake.

He is survived by his wife Marie; daughters Robin and Roxeen (Wieder); son Ron; grandchildren Breanne, Nathan and Hunter; two great grandchildren Brayden and Emma; and numerous nieces and nephews.

The immediate family will have a private service at Fort Harrison's Cemetery. Please visit http://www.helenafuneralsobits@yahoo.com to offer a condolence or to share a memory.