From draft to final declaration 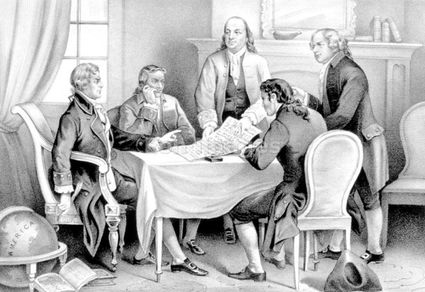 We often wonder how our founding fathers could have written the phrase "all men are created equal" while simultaneously sanctioning and supporting slavery. A close look at the changes made in the various drafts of the Declaration of Independence reveals a struggle to try to accommodate those two ways of thinking.

The Declaration of Independence started with a rough draft created by Thomas Jefferson. It took him almost three weeks to craft it. He then submitted his work to the other members of the five-man committee assigned to the task by the First Continental Congress -- Benjamin Frankli...