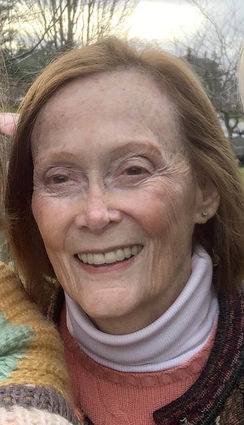 On June 3rd, surrounded by family, Marilyn Shope Peterson passed away peacefully at her home in Anacortes, Wash. She was a kind, loving mother, pioneer in business and science, world traveler, accomplished author and mentor.

Born Sept. 17, 1935 in Hamilton, Mont., first child of Edward and Ethel Shope, she was raised in Missoula where she graduated from Missoula County High School and spent happy summers at Seeley Lake. She earned a degree in Home Economics from the University of Montana, the foundation for her career in Nutrition, and was a member of the Kappa Alpha Theta sorority, the 1954 Homecoming Queen and met husband Keith D. Peterson. She explored post-war Europe during this time, connecting with relatives there.

In 1963, she and Keith founded The Sports Medicine Clinic in Ballard, one of the pre-eminent Sports Medicine institutions, and the first privately owned clinic in the US, providing medical support for athletes from youth to professional. Her tireless efforts at SMC contributed to its prosperity and growth.

She earned a master's in Nutrition at the University of Washington, and authored two books on sports nutrition, "The Athlete's Cookbook" and "Eat to Compete." Her nutritional expertise attracted the US Olympic Team, the Pacific NW Ballet and many professional athletes with whom she consulted.

In 1990 she returned to Montana and founded the Emily A Bed & Breakfast, a lodge nestled between the Swan and Mission mountain ranges, named for her grandmother. This beautiful log home became a destination point in western Montana, where she hosted many local artisan and community groups, supported local activities and was active in her church.

After 15 years, Keith and Marilyn retired to Phoenix, Ariz. and became active seasonal residents. She dedicated her time and love of western art working as a docent at the Phoenix Art Museum but returned home to the mountains of Montana each summer.

Olympia, Wash. became home to Keith and Marilyn in 2017, closer to family members in Seattle, Portland and Missoula. Marilyn loved Keith for 60 years and when he passed in 2018, she moved with Jon and Kara to Anacortes where she quickly made ties to the community at Christchurch Episcopal and with the HO Chapter of PEO.

She was preceded in death by husband Keith and daughter Julie (2019). She is survived by brother Edward; sons Jon (Kara), Erik (Regina) and Christian (Patty); grandchildren Brenna and Karl, Erik Jr and Karly, Jack and Christian, and Aude.