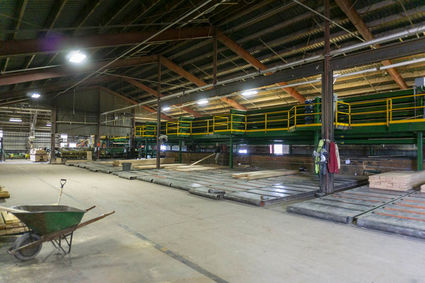 Under the newly built stacker is the original dry chain where employees would manually stack lumber. With the new sorter in place, less than one tenth of the lumber is hand stacked.

SEELEY LAKE - Over the past three months, Pyramid Mountain Lumber has made some major upgrades in its production line. Despite the uncertainty in the economy due to the coronavirus pandemic, Pyramid just finished the $1.5 million second phase in the three-phase project.

As a part of a three-phase plan, the 70-year-old company installed an automated tray sorter system in the second stage. After lumber was scanned, graded and trimmed by the GradExpert, an automated grading system that came online in 2019 in the first phase of the Pyramid's automation upgrade, computerized controls sort it by...