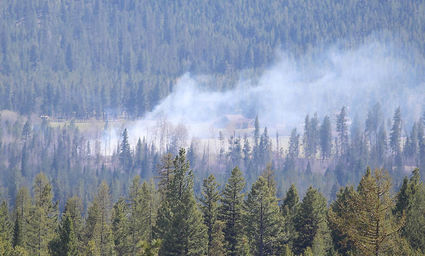 A human-caused wildfire burned off South Placid Lake Road Sunday, May 10. The fire was controlled that evening.

Firefighters responded to a wildland fire south of Placid Lake around 3:15 p.m. Sunday, May 10. Fire Chief Dave Lane said no one was hurt and no structures were threatened. The fire was controlled Sunday night.

According to Lane, the homeowner was burning an anthill on the property a couple days prior to the wildfire. The fire continued to burn underground and resurfaced Sunday afternoon. With the higher temperatures and wind, the fire took off.

The fire grew to five acres burning in grass and stumps. The Seeley Lake Fire Department responded with one engine and five volunteers. The Montan...