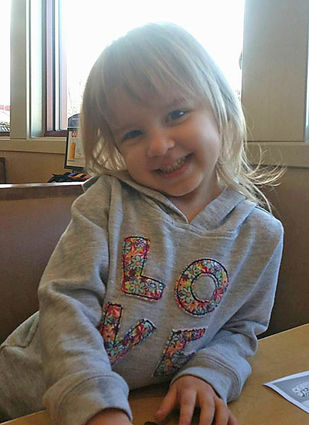 Addy "Boo" Trevino was diagnosed with inoperable DIPG June 30, 2017. Cells from her biopsy prior to radiation and chemotherapy were donated to research. Addy's cells make up the first working models of lab-grown pre-treatment DIPG tumors in the world and has now been replicated. Addy gained her angel wings October, 2018.

SEATTLE, WASH. – When Addy "Boo" Trevino's parents Jen and Treay agreed to donate cells following Addy's initial brain tumor biopsy, they had no idea that gift would allow researchers all over the world the opportunity to continue to study their growth and test new treatments three years later.

Seattle Children's Hospital Pediatric Neuro-oncologist and Addy's doctor Nicholas Vitanza will soon be submitting the results of a study for peer review and publication in a scientific journal. The study is based primarily on Addy's cells and shows two new drugs that are active in treating Diffuse...