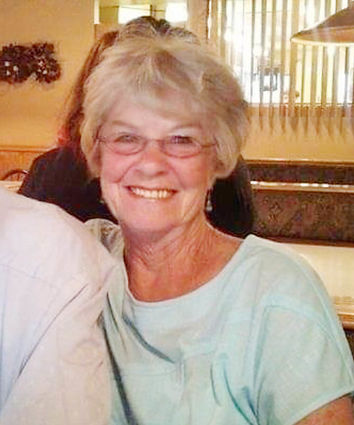 MISSOULA - Gail passed away in her home surrounded by the love of her family.

Gail was born in Butte, Mont. to Clarence and Lyle Gilbert. She was raised in Butte by her Aunt Bea until her late adolescence when her father and stepmother Sarah moved to Missoula.

Gail married Howard (Chris) Christiansen in 1973. With that union, the blended family made a full house of eight sons and two daughters.

Gail and Chris moved to Seeley Lake in 1985 after vacationing there for years. Gail worked at Barnie's and then the Valley Market. She loved her work and her customers became her friends. Her smile could light up a room!

She and Chris were active in the community and had many friends. They built two homes there where family and friends often gathered. Get togethers and card games were a favorite pass time.

In 2000, Chris sold his cabinet shop to Nathan Bourne. They moved to Stevensville and warmer weather - Gail always was a "Sun Seeker!"

Gail's greatest joy in life was her grandchildren and her greats. Even the neighbor kids called her Grandma Gail.

Gail was known for her big beautiful smile and her warm welcoming personality. If you walked through her front door, you got a big hug. When you left, you got an even bigger one. Her arms were always open!

Gail loved family. Her family extended out far because if you were her friend, she treated you like family. The more the better. And you better come hungry because she always cooked for an army. Gail had a special spot in her heart for her niece and namesake Gineve Jill Gilbert and her grandson Giovanni.

For anyone who knew Gail....Raise your glass...Remember her smile! "FIRST TODAY!"