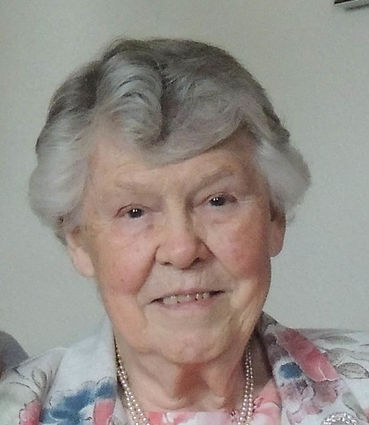 KALISPELL, MONT. - Jo Ann Baranko Vagg, 90, passed away peacefully on Easter Sunday, surrounded by family, in her Lakeside home. She was born to Joseph and Edna Baranko Feb. 22, 1930 in Albion, Neb. They moved to Great Falls in 1935 where she attended school and graduated in 1948.

Jo Ann went on to work for a home decorating company L.M.H. until she married Douglas Vagg in July of 1951. They lived in Power, Mont. where Douglas was a schoolteacher. In the summer, they moved to Saco where they farmed. They had two children Douglas Dean in 1952 and Arlyss Ann in 1955.

Douglas and Jo Ann moved the family to Seeley Lake in 1964 where Doug was a schoolteacher and Jo Ann was active in school activities. She was study hall monitor and field judge for high school and junior Olympic track meets.

When Doug and Jo Ann retired, they decided on the beautiful community of Lakeside. Shortly after buying their retirement home, Doug was killed in an automobile accident. This left Jo Ann widowed at the age of 55. She filled her time by being active in her community.

Jo Ann continued her commitment with Eastern Star where she served as worthy matron, as well as many other offices. She became an active member of the Lakeside Chapel by serving on the board of trustees, the pastor parish relations committee and the women of the Lakeside Chapel. She organized the flower arrangements for the altar committee, donated and maintained the flowers outside the Gathering place and made the candles for the community Christmas Eve luminaries. When she wasn't keeping herself busy with all of that, she could be caught playing cards at the Vista Linda, practicing Tai Chi, sewing or baking pies.

A memorial service will be held at a later date at the Lakeside Chapel.

Johnson-Gloschat Funeral Home is caring for the family.