By Alex Gray for Legislature 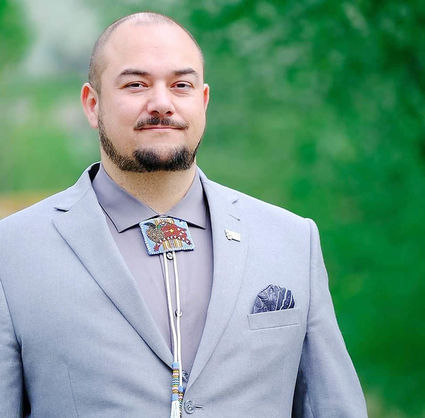 Missoula resident Alex Gray is running to become the first member of the Little Shell Tribe to serve in the Montana Legislature.

In December 2019, Congress granted federal recognition to the Little Shell Tribe of Chippewa Indians after over a century without legal status. Following generations of fighting for recognition, tribal member Gray now is seeking Senate District 46 position as a Democrat to be the first ever Little Shell member of the Montana Legislature.

"Montana's legislature has excellent representation from our first Nations which has included legislators from every Montana tribe except the Little Shell. Now that we have won federal recognition I believe it is important that we, and other urban Natives in Missoula, have state representation."

Gray hopes to continue his family legacy by being the first Little Shell member to run and win a legislative campaign. His experience includes three legislative sessions as a House staffer in 2013, 2015, 2017 and one session lobbying for medical cannabis in 2019. Gray's political experience extends into his work with Montana Conservation Voters, where he knocked on doors advocating for the open space bond and worked on the Montana Outdoor Heritage Project in 2018 and 2019.

If his campaign is successful he plans on advocating for the overturning of Citizens United, the missing and murdered indigenous women epidemic, and property tax relief through cannabis legalization to Helena in 2021.

To learn more about his candidacy, visit alexgrayforlegislature.com or follow https://www.facebook.com/Alex-Gray-for-Legislature-225472731283360/