Johnson's road from infantry to ministry 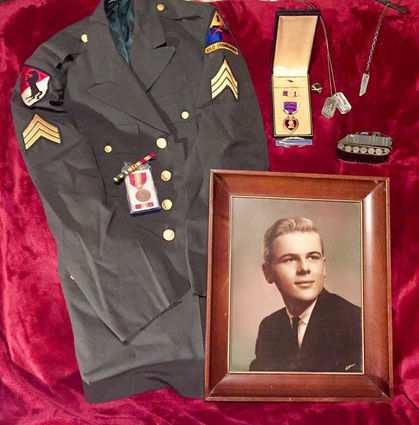 This tribute, put together by Don Johnson's daughter, includes his high school graduation picture along with his U.S. Army dress jacket bearing E-5 Buck Sergeant stripes. On the jacket is his National Defense Service Medal. On the right is the Purple Heart Medal he received for sustaining wounds during battle.

SEELEY LAKE – In November of 1967, when the Vietnam War was heating up, Don Johnson received notification he had been drafted into the United States Army. Though repulsed at the possibility of having to kill another human being, his sense of patriotism and love for his country impelled him to embrace his duty and honor the draft notice rather than run from it. That decision was the beginning of a circuitous route which would guide him to the evangelical ministry.

Johnson said he hoped the Army would train him as a cook or a clerk or some other type of non-combatant. Instead he was assigne...