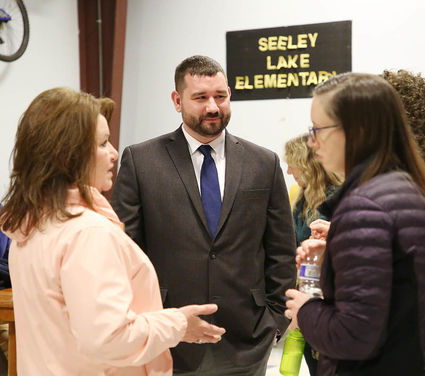 Josh Gibbs visits with members of the community during the Meet and Greet March 1.

The board deferred the decision until March 4 prior to which Konen accepted a job with Corvallis...