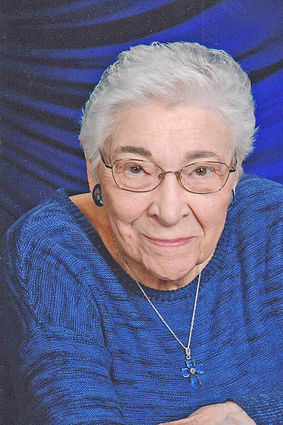 On Monday, March 2, Catherine Ellen Chussler Owens, 91, passed away at home from heart conditions. She was born July 15, 1928 in Jamaica, South Long Island, New York, to Margaret (O'Neill) and Joseph Walter Chussler. Her older sister Peggy, brother John and younger sister Theresa were all deceased before 1989.

In 1940 the family moved to Elizabeth, N.J., where she graduated from Blessed Sacrament grade school and from Battin High School in 1945.

After graduation she worked on a weekly newspaper in Union, N.J. and answered an ad for a reporter for a weekly newspaper that didn't say where. The ad was for the Silver State Post in Deer Lodge, Mont. where her new life began on May 23, 1949. In 1950 she met a new Deer Lodge pharmacist Frank Owens. He was persistent and they were married Dec. 30, 1950 in Elizabeth, N.J. and then returned to Deer Lodge. Frank passed away Sept. 10, 2011 after almost 61 years of marriage.

The three Owens sons are Stephen of Deer Lodge, Richard in Anchorage, Alaska and Neil and Colleen (Thompson) Owens of Deer Lodge. Dr. Haley Anne Owens and Koby W. Owens are her very special grandchildren and other children special to her are Margaret and Aidan Thompson. Other survivors include her only sister-in-law Anne Chussler of Brick, N.J., one niece and two nephews in New Jersey and three nieces and two nephews in California and Washington.

Parish vigil was Friday, March 6 and the Funeral Mass was Saturday, March 7 at Immaculate Conception Church in Deer Lodge. Burial will be at Hillcrest Cemetery following lunch at the St. Mary's Center.