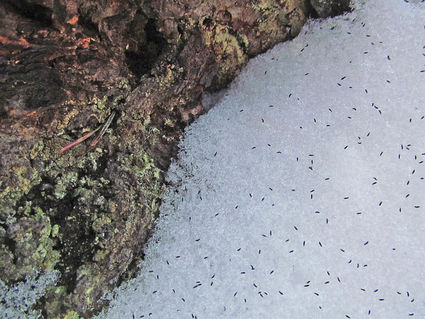 Snow fleas jumping on the snow in the Blackfoot watershed mid-February at an elevation around 4,500 feet. For scale, note the size of the snow fleas against the Douglas fir needles in the bark to the left of the fleas.

During sunny late winter days in the Blackfoot Watershed, multitudes of small black things can be seen wriggling on the snow. They are called snow fleas,

Snow fleas, or Hypogastrura nivicola, are part of the arthropod group called springtails which include horseshoe crabs, spiders and scorpions. Springtails are not considered insects because their mouthparts are internal while insect mouths are external.

Unlike parasitic fleas, snow fleas are decomposers and not bloodsuckers. They do not bite or sting.

Leaf litter and decaying wood near trees can serve as habitat and a food source for the... 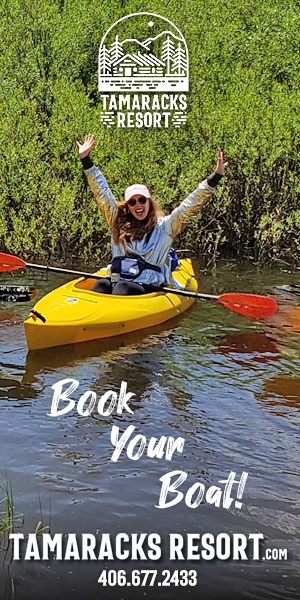