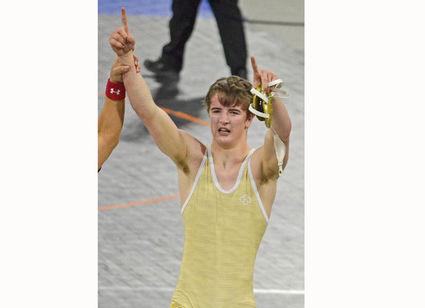 Hall, now a senior, started wrestling in third grade. Without a family connection to the sport, his friends were the ones wrestling that got him interested. After a wrestling camp in the second grade, he was hooked.

"I liked how in wrestling y...