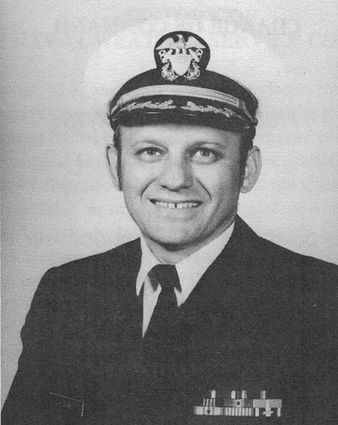 SEELEY LAKE - Commander Donald died peacefully on Jan. 17, 2020 at the Living Centre in Stevensville, Mont. He was 88.

Don was born on Oct. 30, 1931 in Mandan, N.D. to Ludmilla Loran and Jerome Schaff. He spent his early years there and then moved to Miles City where he attended high school and Jr. College. He transferred to the University of Montana where he received a degree in Mathematics in 1953. After graduation he entered Officers Candidate School and was commissioned an Ensign in the Navy in 1954. He served on several ships and traveled around the world. He was awarded a Master of Science degree in Meteorology at the Naval Postgraduate School in 1966 followed by duty on the Aircraft Carrier Constellation during the Vietnam War.

CDR Schaff served as a meteorologist on Guam. He then assumed command in San Diego. His last tour of duty was at the Naval Weather Facility in Monterey, Calif.

He retired in Seeley Lake in 1980 to have fun dancing, fishing, golfing, caring for his family and his greatest passion singing, particularly at his church.

Don Schaff was an inspiring person and will be remembered for his sense of humor, his positive attitude and his beautiful voice. To know him was to love him and be uplifted by his endless light.

Don is survived by: his wife Eileen of 63 years; their three children Lorrie, Leonard and Leland; two grandchildren Carrie and Jacalyn; brother Dennis Heinzmann and sister Joann Gould. He was preceded in death by his parents, his brothers Jim and Glenn and his son Michael.

There will be a Funeral Mass at Living Water Catholic Church in Seeley Lake Monday Feb. 10 at 11 a.m. followed by a reception.

In lieu of flowers, the family suggests a donation in Don's name be made to the Seeley or Missoula Food Bank or charity of their choice.

Interment with Military Honors will take place in the spring.