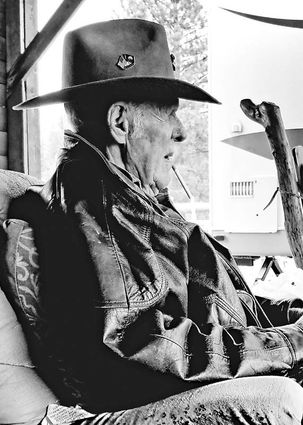 On Sept. 25, 1954 he married Bonnie Deloris Berry in Bellflower, Calif. They had four children and were later divorced. On June 23, 1978 he married Laila Hjordis Madsen in Missoula, Mont. She preceded him in death on Aug. 6, 2012.

Chuck grew up in Stevensville. He served in the US Navy during the Korean Conflict. He raised his family in Seeley Lake where he owned and operated his own Excavating Construction Business. He was a talented backyard mechanic. He loved socializing with friends, hunting, fishing and riding his Harley. He enjoyed spending the winters in Mesquite, Nev. He lived his life as a cowboy and will be remembered for his work ethic.

Memorial Services will be announced at a later time. Final interment will follow in Montana. Friends and family are invited to sign our online guest book at http://www.virginvalleymortuary.com