Wildlife law enforcement: It's not just a job, it's a way of life 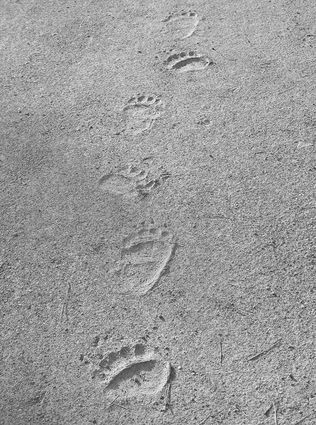 I want to express my gratitude for the many decades of service of retiring Game Warden Bill Koppen and what his career represents. More broadly, I want to acknowledge the many thousands involved in natural resource law enforcement: state and tribal game wardens and officers, US Forest Service Law Enforcement Officers, Bureau of Land Management and National Park Service Law Enforcement Rangers, US Fish and Wildlife Service Federal Wildlife Officers, and the Criminal Investigators and Special Agents who are the FBI of the wildlife world.

With my first hand experience I know well the sociological complexities of certain areas and worse, the difficulties of the politics behind government agency decisions and mandates that affect the work of our wardens and officers. And from my experience that includes how I perceived my work, despite complex difficulties I know that most government agency people view their careers as being in service both to the public and to the resource they are tasked to protect.

I often say that wardens and conservation officers invented the concept of "community policing" before it had a name. They had to. In many locations their work can be more dangerous due to the remote areas they patrol where cell phones don't work, and back-up - if even available - can be hours away. Their patrol areas are vast with some warden districts larger than the state of Rhode Island. And many, if not most, of the folks encountered, have firearms on their person or in their truck. More than other peace officers, they rely on the trust of landowners and folks they meet in rural and remote areas.

Our state game wardens are fully trained and certified as peace officers, the same as municipal police and county deputies. Additionally, most states, including Montana, require wardens to have a university bachelor's degree but their salaries may be the lowest of most other law enforcement entities. And yet their individual duties can far exceed those of other peace officers. Non-wildlife agency law enforcement departments, from municipal police to the FBI, have technicians and evidence recovery teams whose sole function is to process a crime scene. But wardens and other natural resource officers must process the entire crime scene and evidence recovery, and with the same level of accuracy as crime scene experts.

Anyone with an appreciation for our wildlife and public lands understands the importance of our natural resource officers. I remember an incident from several years ago when I was sitting in the crowded waiting area of a Missoula tire shop. That day's Missoulian had a front-page article detailing Bill Koppen's bust of horn hunters on the game range. An older fellow held up the paper and loudly called the Missoulian second rate, asking, "Why was this insignificant piece on the front page when there's world news out there"?

I loudly answered, "Sir, to us in Montana this is very big news and most deserving of the front page." All of the people in that crowded room applauded and gave cheers.

A game warden from another state compiled a list that sums up well what it's like to be a warden. The most poignant are listed below:

• It's being ignored by people you know at a restaurant.

• It's missed birthdays, anniversaries and holidays.

• It's working water related fatalities and losing sleep over the faces you've seen.

• It's sitting down for a Thanksgiving meal and having to leave because someone shot a deer from the road.

• It's losing those friendships you thought you had.

• It's making traffic stops in the middle of nowhere with no backup.

• It's kissing your wife when you get home trying not to let the events of the day show on your face.

• It's also knowing you've done all you can to conserve the natural resources in your county.

• It's also the strong bond you have with those you work with.

• It's also all the waves from most of the vehicles in town because everyone knows who you are.

• It's also realizing your spouse is the strongest person you've ever met.

• It's also that moment your little girl rubs her tiny fingers across your badge before work and says, "Be safe daddy."

• It's also knowing that you saved lives because you removed an intoxicated person from the water.

• It's also knowing in your heart that you've always done your job.

Be safe all state, tribal and federal natural resource officers.

And Bill Koppen: Enjoy the next step wherever it leads.