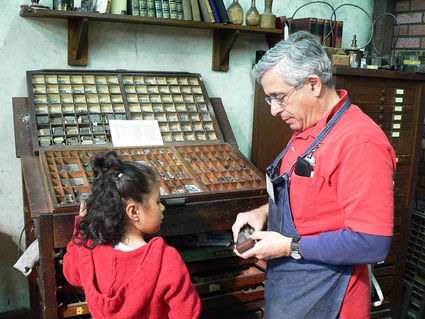 This photo shows how the capital lettersets were placed on top and the more frequently used lower case letters were in a more easily reachable position below. Typesetters had to learn to read backwards because the letters were set right to left in their form so they read properly left to right when the paper was lifted from them.

SEELEY LAKE – School is well underway now and beginning readers are being initiated into the magic lying dormant in the 26 letters of the alphabet. They are learning the magic spells that reveal which letters when placed next to which other letters yield words and then sentences and eventually whole stories. But to young learners, there may seem to be twice as many letters as the teacher says there are. The teacher gives the same name to two very different squiggles and calls one upper case and the other lower case. What does "case" have to do with it? It is all very much a mystery. And i...