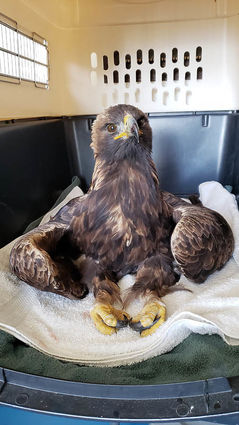 On Nov. 10, Wild Skies Raptor Center in Potomac admitted an adult Golden Eagle with the classic symptoms of lead poisoning. The bird's talons were clenched and its wings drooped to the floor. His blood hardly had enough red blood cells to carry oxygen to keep him alive. Brooke Tanner, one of the rehabilitators, analyzed the eagle's blood and found lead concentrations beyond what her instrument could measure. Despite attempts to save him, the eagle died 36 hours later.

About three weeks before this event, Montana Fish, Wildlife and Parks produced a 2-minute video addressing the issue of lead...