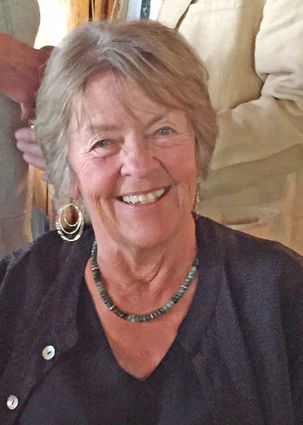 SEELEY LAKE - Carol Gladys Brodie died Nov. 3 at her home in Montana after a brief illness. She was an extraordinary mother, grandmother, wife and friend and the world is less without her.

Carol was born in Robbinsdale, Minnesota, Nov. 11, 1939, to Les and Marion Ortler. She had two younger brothers Jim and Tom. Carol treasured her early summers spent on Bay Lake outside of Minneapolis where she ran free – swimming and boating and getting into wonderful adolescent mischief. She cherished her time at Bay Lake, especially spending time with her beloved Grammy Hazel.

Carol's father Les was an Army colonel. The family spent Carol's senior year of high school in Kaiserslautern, Germany, where she graduated. Upon the family's return to the U.S. they moved to California. Carol attended UC Berkley where she received a degree in Social Work and met her husband of over 57 years Robert Brodie.

Bob and Carol settled in southern California. Carol worked as a social worker and was active in the community, including the League of Women Voters. She was an avid tennis player. She and Bob also enjoyed much together – skiing from their cabin in Mount Shasta in the winters and water skiing in summers. Their daughter Cathryn was born in 1970 and the small family continued their outdoor pursuits, taking extended skiing and lake vacations in their motorhome and backpacking in the Sierras.

After several years in Laguna Beach and then El Toro, Bob and Carol decided California was no longer for them. In 1976, with no real plan except for adventure, they left their jobs, took Cathryn out of school, sold the house and their belongings, and took off in their motorhome to find a small town to call home. They landed in Jackson, Wyo. where they lived in the motorhome until they purchased the only fast food restaurant in Jackson, renaming it the Mountain Climber Burger Hut. With no prior restaurant experience, Carol nonetheless successfully ran the Mountain Climber and in 1980 welcomed their son John into the family.

Bob and Carol sold the restaurant in 1984 and Carol returned to social work, assisting many at-risk teens. During this time, the family continued their outdoor recreation, adding snowmobiles and horses to the mix. Carol eventually left social work and enjoyed many years as the executive director of the Community Children's Project – the largest daycare and preschool in Jackson, guiding and growing the nonprofit and spearheading the funding and construction of its first new campus. She also continued volunteering her time to many charitable causes and local issues.

Bob and Carol retired in the early 2000s and again picked up roots looking for their next small town. They chose Seeley Lake, Mont. and moved there full time in 2006.

The years in Seeley were some of Carol's happiest. She fast became a part of the small community, making deep friendships and generously giving her time, creativity and passion to many nonprofits and other endeavors, including serving on the Board of Alpine Artisans for years and co-chairing many local events. Carol thrived in Seeley and will be missed by so many there, undoubtedly as much as she will be missed by her children and grandchildren who she loved with all her heart and was loved so very much by them.

Carol was an intelligent, funny and beautiful person who should have had many more years with us. Her absence is deeply felt. Carol is survived by her daughter Cathryn, son-in-law Doug Lowham and grandchildren Magnus and Cate, and her son John, daughter-in-law Allison and grandchildren Waylon and Nathan. 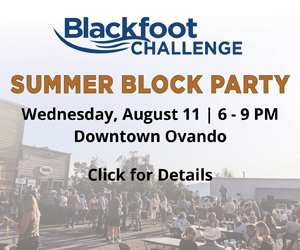