Follow through with the hunt, properly dispose of carcasses 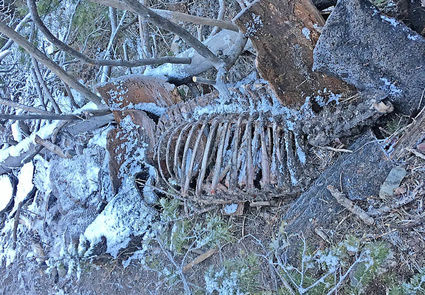 This white-tailed deer carcass and hide was dumped behind the Seeley-Swan High School less than a week ago. An elk carcasses was dumped in the same area during archery season.

SEELEY LAKE - A frequent complaint to Fish, Wildlife and Parks this time of year centers on carcasses dumped after someone has removed the meat. Not only does the carcass look unappealing and stink, dumping carcasses has been known to spread chronic wasting disease (CWD) and attract predators including bears and mountain lions. Further, it is illegal to dump animal remains on state and federal land.

Region 2 Wildlife Program Manager Mike Thompson wrote in an email that moving carcasses from place to place moves the diseases and parasites that remain with the carcass. This creates a new vect...