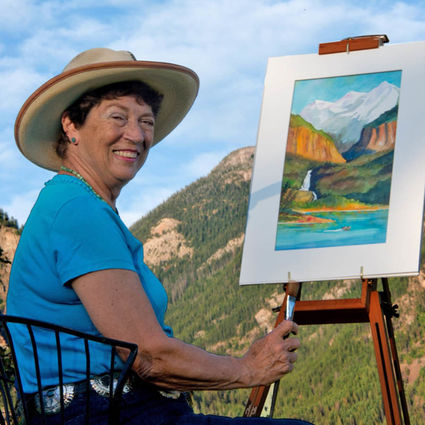 MISSOULA- Merrily Van Austin Dunham died at home on Oct. 30. She was 77 years of age.

She graduated from Brigham Young University with a degree in Commercial Art Technology and Fine/Studio Arts. Following her graduation, she went to work near Yellowstone Park where she met her husband of 55 years, Larry Dunham.

Merrily was a member of several community and art clubs including the Alpine Artisans, Montana Watercolor Society and recently the Missoula Garden Club. She was a beautiful, loving woman who enjoyed the outdoors with her family, horseback riding with her friends and painting the scenes she saw around Washington and Montana. A video of her and her work can be found at https://vimeo.com/55722732

Those who wish to remember Merrily in a special way may make gifts in her memory to the Missoula Humane Society where she got her beloved dog Bailey and cat Autumn.