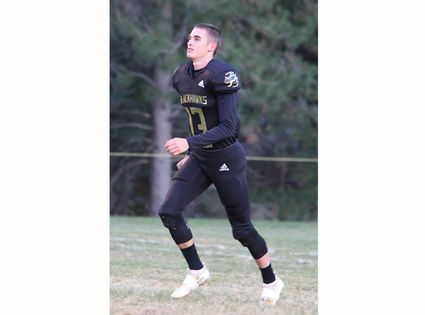 SEELEY LAKE - Seeley-Swan football player Dakota Wood was voted Missoulian's Prep Athletes of the Week.  Wood received more than 400 votes after he was nominated for scoring three touchdowns in the game against Victor, Oct. 5.

Wood has been playing football for eight years.

"I enjoy being out on the field with my teammates," said Wood. "I like being the leader on the team, working hard and pushing everyone else and having everyone else push me harder in practice and in the games."

In his senior year, Wood is one of the six team captains. He is considered the spokesman during the games.